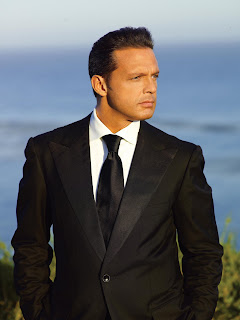 LAS VEGAS, Aug. 9 /PRNewswire-HISPANIC PR WIRE/ — Due to overwhelming demand to see Latin superstar Luis Miguel at The Colosseum at Caesars Palace, an additional fourth show on Thursday, September 16 has been added to his sold out run to celebrate the 2010 Mexican Independence Day week.  This additional show on Thursday, September 16 is now on sale.

(all prices include 10% Live Entertainment Tax)

Tickets may be purchased in person at The Colosseum at Caesars Palace Box Office, by calling 1-800-745-3000 or by visiting www.ticketmaster.com, keyword "Caesars Palace". (All Ticketmaster orders may be subject to additional service charges and fees).

Luis Miguels career began in 1982 when he recorded his first album at the age of 12. Since then his career has catapulted to the top of the Latin Music charts and to International fame establishing Luis Miguel as one of the most successful Latin American artists in history. Luis Miguel set world records that go unrivaled in Latin Music including being the first to have a Spanish-language album (Romances, 1997) debut in the top positions of the Billboard Top 200. Over the span of his successful 27 year career, Luis Miguel has broken numerous box-office records, has received an extensive number of awards and honors and has sold over 60 million albums worldwide.

Caesars Palace is the worlds best known resort-casino, celebrating the glory that was Greece and the grandeur that was Rome, in an 85-acre destination location that sets the standard for entertainment, dining and luxury.  Reigning at the heart of the Las Vegas Strip, Caesars Palace ranks among the worlds top luxury resorts known for their originality and beauty and features 3,300 hotel guest rooms and suites, 23 diverse restaurants and cafes, five-acre Garden of the Gods pools and gardens, 50,000 square foot Qua Baths & Spa and 300,000 square feet of premium meeting and convention space.  The 4,300-seat Colosseum sits just steps from celebrity chef restaurants and the acclaimed Forum Shops at Caesars and spotlights world class entertainers such as Jerry Seinfeld and Cher. Journalists may access media materials and request high-resolution images at media.harrahs.com. Find Caesars Palace on Facebook at www.facebook.com/caesarspalace and follow www.twitter.com/caesarspalace (@caesarspalace).