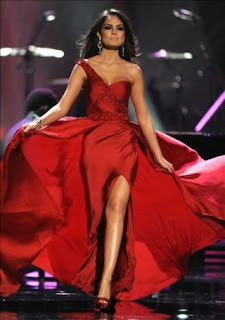 Throughout the two-hour event, contestants from over 80 countries and territories around the world competed in three categories: swimsuit, evening gown and personality interview. Stefania Fernandez, Miss Universe 2009, crowned her successor at the conclusion of the two-hour primetime telecast before an estimated worldwide viewing audience of approximately one billion viewers.

First Runner-Up:  Miss Jamaica, Yendi Phillipps; will assume the duties of MISS UNIVERSE 2010 if the titleholder for some reason cannot fulfill her responsibilities.

Miss Photogenic Universe™ Award: Miss Thailand, Fonthip Watcharatrakul. The General public voted on www.nbc.com for the delegate who exemplifies beauty through the lens of a camera. She was awarded a $1,000 cash prize and a gift from pageant sponsor Diamond Nexus Labs.

Miss Congeniality Universe™ Award: Miss Australia, Jesinta Campbell. This award reflects the respect and admiration of the delegate's peers, who voted for her as the most congenial, charismatic and inspirational participant. She was awarded a $1,000 cash prize and a gift from Diamond Nexus Labs.

About the Miss Universe Organization

The MISS UNIVERSE®, MISS USA® and MISS TEEN USA® pageants are a Donald J. Trump and NBC Universal joint venture. Utilizing its nationwide grass roots infrastructure, the Miss Universe Organization is committed to increasing HIV/AIDS awareness by focusing on women's health and reproductive issues. By forging relationships with organizations committed to research and education such as the Latino Commission on AIDS, God's Love We Deliver, PSI/YouthAIDS, The Global Network for Neglected Tropical Diseases and Gay Men's Health Crisis. For more information, visit: www.missuniverse.com.