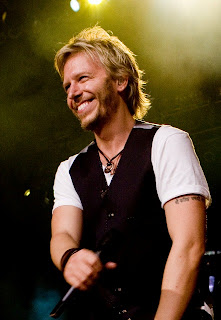 July 22, 2009, Los Angeles, CA- “No Veo La Hora” is the debut single from the album “Uno No Es Uno” (Sony), which marks the beginning of a new and important phase in Noel Schajris’s (SACM/SESAC Latina) career as a solo artist after Sin Bandera. The song is currently playing on radio stations throughout Latin America.

“I have a lot of faith in it. I put it on my You Tube channel (www.youtube.com/noelschajris), where I also feature the video I did with John Legend. The initial comments are wonderful. It’s a romantic song about waiting to fulfill the dream of living out your love. I wrote it with Gian Marco,” states the artist.

He adds that the video for the song was filmed in Los Angeles under the direction of Carlos Lopez, “a 21 year-old director who works with a creative team where no one is over the age of 25; it’s a young group that demonstrates passion and professionalism. It was a unique experience, a new and wonderful one for me.”

The single “No Veo La Hora” will make its debut in the United States during the first part of August. The full-length album “Uno No Es Uno,” which will be released in Latin America on August 25th, will be made available in the United States and Puerto Rico a month later.

The co-producers of the album are Sebastian Krys and Walter Afanasieff. Among the composers with whom Noel wrote the new repertoire is Claudia Brant, a SESAC Latina affiliate, who participates as co-writer on 8 tracks.

For that reason, Noel states that his new album could just as easily be called “The Songs of Claudia and Noel.” He also points out that all the collaborations on this project were “marvelous,” and that the three artists with whom he duets – Luis Fonsi, Yuridia, and John Legend – were “guests of honor.”

In regards to “Uno No Es Uno,” Noel Schajris states that the title is a conceptual one, used in this instance to sustain that “I am not one, but many. I am not a person, an individual separated from the rest of humanity. Neither am I separated from creation, from the universe. Rather, I am an accumulation of personalities that reside within a human body. Depending on the external circumstances, these personalities are triggered and emerge, being that they reside within me. ‘Uno No Es Uno’ comes from that. But it also comes from the fact that I feel more accompanied than ever before.”

For more information and videos:

Spanish band La Oreja de Van Gogh is currently preparing their new album, to be released early September 2008. At the same time, it is still unknown who will be the new main vocalist of this band from San Sebastian. … END_OF_DOCUMENT_TOKEN_TO_BE_REPLACED